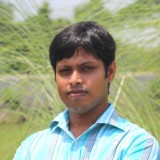 St. Patrick was born in Wales, when it was part of the Roman Empire. He was kidnapped at about age 15, sold as a slave and taken as a slave to Ireland. There he learned to pray to God and experienced a conversion. After a time he escaped to France. Having loved the Irish people, he returned to Ireland as a missionary, the first Bishop of Ireland, around 432.

20 years later, most of the Irish were Catholic. There is much reverence and honor for St. Patrick as the Patron of Ireland to this day. He is very much a part of true Irish Culture today.

March 17, 1780 – After the long hard winter of 1779-1780 in Jockey Hollow, Morristown NJ, George Washington, in recognition of the support of his Irish militiamen, and there were plenty of them, gave them the day off and thus began the first St. Patrick’s Day Celebration in the United States. The first St. Patrick’s Day Parade then was in Morris County occurred in 1780: